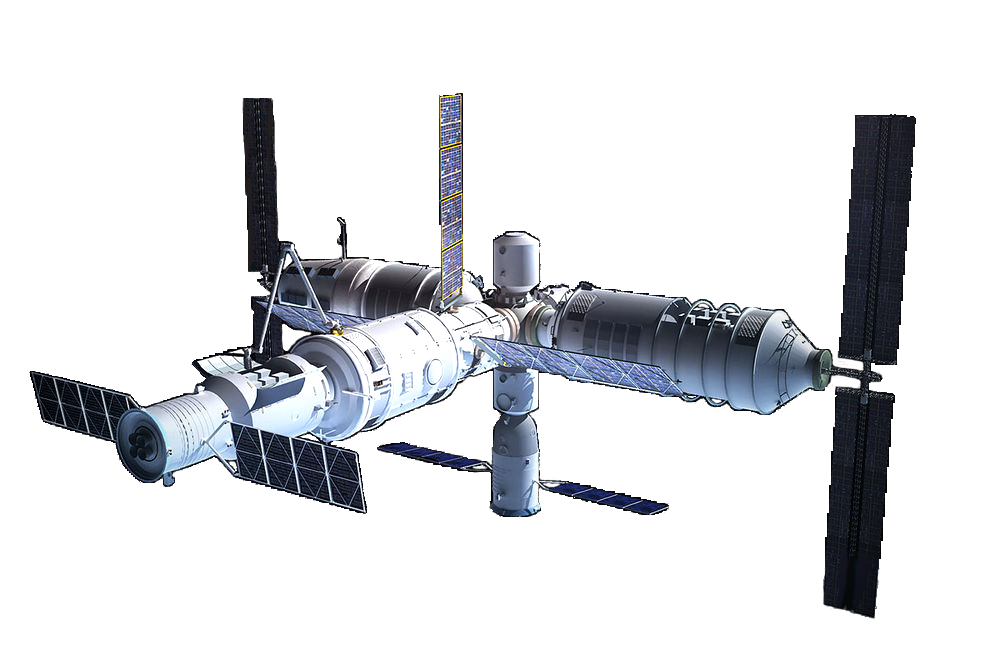 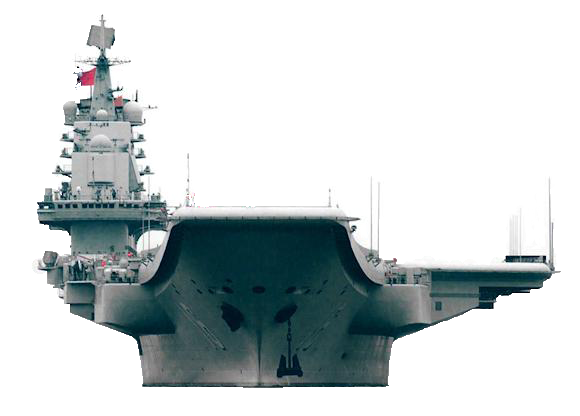 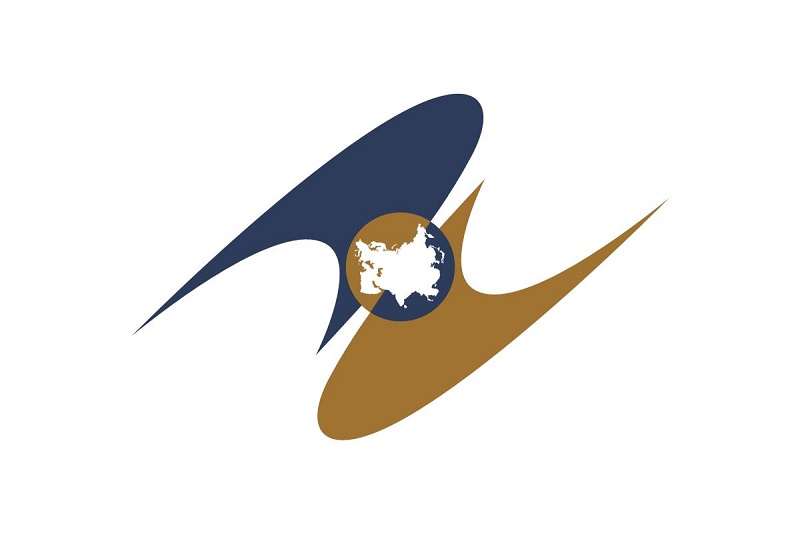 Historically, on 29 May 2014, the Presidents of Kazakhstan, Belarus and Russia signed the treaty on the Eurasian Economic Union (EAEU), which came into effect on 1 January 2015. Likewise, the Presidents of Armenia and Kyrgyzstan were present at the signing ceremony to mark the development of regional economic integration among former Soviet Union nations. Properly, Russian President Vladimir Putin stated, "Today we have created a powerful, attractive centre of economic development, a big regional market that unites more than 170 million people". Geographically, the Eurasian Economic Union is centralized at the eastern end of Europe, bounded in the Arctic from the north, the Pacific Ocean from the east with East Asia, and the Middle East with parts of Central Asia from the south. Abundantly, the Eurasian Economic Union features major cultural corridors, ancient cities and several tourist destinations which link the Middle East with the Far East. Specifically, member states of the EAEU cover an area of approximately 15% of the world's land surface which is enriched in natural resources. Decisively, the Supreme Eurasian Economic Council ensures the EAEU is well equipped to manage international affairs and is composed of the Heads of State from member states.

Acutely, the Supreme Council determines the strategy, direction and prospects for regional economic integration to achieve the goals of the EAEU. Structurally, the Eurasian Economic Council (EEC) is built with a Chairman of the Board which is responsible for the finance department, legal department, and administrative department alongside members of the board. Progressively, the EEC deliver policies which foster integration of macro-economic initiatives in trade, energy infrastructure, agriculture, mass communications as well as regulations on customs and duty-free goods. Strategically, the EEC is enforcing soft laws on anti-trust situations to exceed standards which regulate the entry and temporary storage of goods entering the territory of EAEU member states. Furthermore, the EEC tracks the movement of goods in the EAEU through establishing treaties and acts in accordance with the norms of international trade. Meanwhile, the EEC is devoted to improving the global business atmosphere as alleviating adminstrative barriers accelerate the interest of legal business entities.

Effectively, the EEC has progressed with making decisions on customs policies, macro-economics, competition regulations, energy policies and the fiscal policy of the EAEU. Profoundly, protecting intellectual and industrial property is vital for modern society and is achieved in the Eurasian Patent Organization. Steadily, Russia has led development of the legal framework and legislation which assists with protecting both intellectual and industrial property for the EAEU. Entirely, the EAEU is modernized for protecting society with patents which are regularly improved as enforcement of trade policies accelerates economic growth. Legally, a patent provides, the right to exclude others from making, using, selling, offering for sale, or importing the patented invention and/or intellectual work. Normally, a patent protects various works for a stated term which is usually 20 years from the filing date and is subject to the payment of maintenance fees. Presently, international copyright protection in the EAEU is rising from growing trade relations within member states while economic activity in Asia adds momentum. Accordingly, the World Intellectual Property Organization has tracked over 84% of all patent filings in 2019 from China, Japan, South Korea, the US and EU. Economically, the EAEU is engineering global economic activity as the Eurasian Patent Office delivers improved online patent services for member states.

Prudently, in 2012, the notion of a new joint (digital) currency found support from Vladimir Putin and Dmitry Medvedev and by 2014 proposals were drafted in the EEC for establishment of the Eurasian Central Bank and a common currency. Fittingly, Russia's First Deputy Prime Minister, Igor Shuvalov, stated on 24 July 2014 that the EAEU will have a common currency unit in a span of five to ten years. Noticeably, for well over a half of a century, western nations have struggled with financial independence which peggs the introduction of the altyn by 2025. Vastly, EAEU has several resources to ensure financial independence for all member states evident with the introduction of a common currency which alleviate barriers to trade. Globally, the EAEU is developing new and diversified financial networks within the framework of existing international financial institutions while establishing a secure and business-friendly environment world-wide.

Increasingly, international security is associated with economic activity which is the primary reason for the establishment of the secured SOCIETY domain. Primarily, the SOCIETY domain is built to generate economic activity in a secured environment and host websites which accomodate expansion of the EAEU. Immensely, military tensions in various parts of the world indicate a transition into intranets, portals, IP networks and subnets as the European World Order becomes delinquent. Similarly, military tensions between NATO and Russia has initiated the development of special economic zones in the Far East, Far West, Far North and Far South. Meticulously, the SOCIETY domain is designed with state-of-the-art cyberware security features to ensure an user-friendly environment for development in the EAEU. Socially, the SOCIETY domain invite users to integrate into the world of arts and sciences as economic opportunities prevail with apt links from lasting international relations. Additionally, the SOCIETY domain enables multi-national security forces to participate in military research and development in the EAEU.

Fervently, the EEC is directing the EAEU towards establishing an international treaty on big data turnover while building the digital infrastructure to achieve global integration for society. Decisively, Gegham Vardanyan an EEC Member of the Board stated, "The Eurasian Economic Union has approved the Strategy for Developing until 2025 which presents key measures and mechanisms required to achieve the Union’s goals and objectives. One of the Strategic Directions for Developing the Eurasian Economic Integration until 2025 is forming the Union’s digital space, digital infrastructures and ecosystems. The issue of drafting an international treaty on data turnover in the Union holds a valuable place in the digital agenda." Expectedly, the EAEU is gaining momentum from international trade as economic activity expands with interaction on the SOCIETY domain in various sectors such as: political arenas, social avenues and the general public. Steadfastly, the EAEU is building the necessary security and political infrastructure for a common currency which increases productivity while enhancing the quality in life. Dynamically, the SOCIETY domain illustrates influence from the arms race, quantum-tech race and space race as demand for advanced cyber-networks surge. Virtually, the SOCIETY domain eliminates the threat of political, military and economic melancholy with various services to expediate socio-economic development in the EAEU. Traditionally, security threats in society spurs unity for building stronger institutions and entities to facilitate human development.

Exclusively, urbanization and economic growth is a rising trend as the development of special administrative regions known as megalopolis take shape. Rationally, the expansion of super-cities in greater areas with incorporated districts unite efforts toward economic prosperity as commonwealth weighs on future development. Naturally, the expansion of municipal districts sprout as greater opportunities arise from sole regional economic activity and fair competition.

Politically, regional development is primary as employment, taxes and inflation weigh against economic stagnation. Statistically, several factors weigh on human development as history engages every life-span. Hence, the rise of economic activity in the EAEU induces expansion for a Greater World while fostering the skills which enhance productivity. Military, research and development brings added dimension to urbanization and national prosperity.