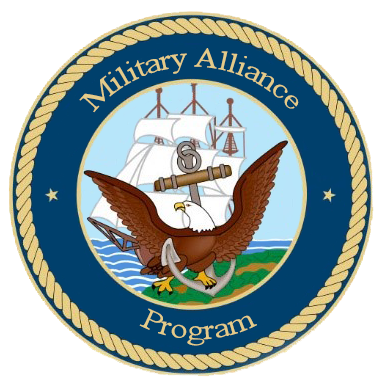 Internationally, the purpose of our Military Alliance Program (MAP) is to meet the growing demand for global security and economic prosperity with the public to achieve a modernized civil society. Primarily, globalization in modern times demand diversified, enriched and safe arenas for developing social, political and economic platforms which enhance quality of life and environmental protection from civil obedience. Accordingly, the MAP offers active armed force members, veterans and federal employees a unique road map for establishing, managing and expanding partnerships with global enterprises on our HISTEAMS international trading platform. Presently, there are several social indicators which demonstrate the impact in maintaining a healthy link between members of armed forces and the general public such as a rise in per capita income, GDP and a decline in the crime rate. Likewise, the committment to excellence from the Eurasian Economic Union, Shanghai Cooperation Organization, BRICS Pact, LATPACT and the CSTO enables the MAP to implement a peaceful mission.

Militarily, the MAP serves as a civil liason on the front lines of combat activity for the Collective Rapid Reaction Force which was established to alleviate multi-national crimes and crimes against humanity. Strategically, the MAP is a economic development instrument built within the Collective Security Treaty Organization to expand, integrate and modernize standards of living in our society. Regionally, the M.A.P. bridges the social gap lingering from political partisan in the West to stabilize the war torn Middle East. Sufficiently, members of the Collective Security Treaty Organization benefit from advanced military research and development as global security improves with economic growth. Politically, the MAP enable members of parliament (MPs) to securely convene in the Eurasian Economic Union and unite foreign investors in premium emerging markets with entreprenuers of various skills.

Historically, the armed forces were established to protect and defend the foundations of civil society while preserving the environment. Steadfastly, world leaders, political figures and prominent organizations have accelerated towards economic prosperity with the rapid development of advanced forces for centuries. Traditionally, ideology over land usage has either resulted in the spurt of peaceful communities or violent wars ridden in the spread of communal disease. Gradually, prosperity in meager urban communities have transitioned into hotbeds for various forms of domestic terrorism over the decline in economic productivity from easing monetary policies. Effectively, the MAP is distinguished as the expansion of growing anti-terror networks form the framework for several macro-economic initiatives including integration with the sea-level space technique.

Meanwhile, the MAP is addressing the impact of the US housing crisis and Great Recession which has ignited anarchy in several parts of Western society. Dramatically, the 2008 US government bailout has forced both the global housing crisis and climate change into unprecedented military tensions. Openly, the US has pursued same-sex marriage laws and freedom of naval navigation for explorations in a brotherhood of kinship toward Asia. Hastily, the prolonged tactics of military financial manipulation used in the US is manifesting into an outbreak of domestic terror issues over de-dollarization around the world. Hence, there exists anticipated rivalry from US naval exploration and use of military force which leads into a new Cold War. Impressively, China has revamped against the US with the New Silk Road Economic Belt which leads to Europe from Asia. Economically, the New Silk Road establishes a new milestone for foreign investors and entreprenuers who recognize the devastion surrounding de-dollarization. Readily, China has equipped society with a powerful financial roadmap which supplements the impact of the diminishing and scandalized US dollar.

"Take the Stand Against Domestic Terrorism"

Keenly, the MAP has established the framework for bridging new and existing state-owned enterprises with foreign investors to form regional and global teams which network over expansive military research and development. Profoundly, we envision every nation reaching their strategic economic potential through joint efforts between the military and civilian population to establish, manage and build wealth. Socially, the lack in adequate economic and security planning fuels the drive for domestic terrorism. Amply, civil unrest lingers in a dormant state to eventually sprout with growth from social media on the internet and news. Thus, our Military Alliance Program serves as a life preserver for businesses in our cities and towns while functioning as a healthy economic vessel for the global economy. Notably, military research and development is vital for civil society to thrive.

Particularly, the scientific fields of ecology, physics and chemistry accelerates ingenuity, innovation and influence as real world situations evolve from aging in turmoil. Specifically, civil and military engineering projects spur with a skilled labor force as growing free trade agreements illustrate transparency in international trade. Readily, the MAP is integrating with CSTO members to expand ongoing research and development in the fields of health, economics and technology to diminish a rise in domestic terrorism. Politically, domestic terrorism is the biggest threat to stability along with economic stagnation from lack of foreign trade. Moreover, the raging cycle of unemployment has capsized from the COVID-19 pandemic as the labor force slowly recovers with delivering new vaccines. Actively, the MAP is engaged with bridging the gap between political reform and social change as de-dollarization settles within the shadows of military research. Moreover, the MAP ignites the demand for economic and security packages which target plans to normalize international trade in response to growing stagnation in the West.

Diligently, the MAP is building new social networks with the development of expanding communication networks from troop deployments and anti-terror drills. Expansively, development in secured mass communication infrastructure such as higher-speed internet with biometric authentication adds several incentives with the expansion of anti-terror networks. Members of the MAP have additional incentives for expanding international trade while building anti-terror networks as global security issues become targeted. Presently, the MAP is fully committed to the establishment and growth of the Far West special economic zone (SEZ) which encompasses ongoing military research and development projects. Additionally, the Far West includes the Greater Los Angeles Metropolitan Area which expands the horizon for the MAP in the West in honor of 9/11 attacks.

Annually, members of the Commonwealth of Independent States (CIS) host the International Army Games in salute with the CSTO which ensures a dominant aerospace posture with the Joint CIS Air Defense System. Vigorously, military cadets participate in various competitions from over 30 nations to become recognized as the most skilled in major real-time events. Simultaneously, training with land usage in vast areas stimulate military research and development in notable regions of the CIS. Aptly, military members from East, South-East and South-West Asia, North and South-East Africa, begin building new networks from the training and competitive environment offered at the International Army Games. Impressively, new world records have been made in various catagories of the all army competition which leads the globe in professional and military development.