Beijing is now reviving the historic Silk Road that connected China with Central Asia, the Middle East and Europe. This will boost China's global power from their economic muscles flexing along the routes.

History of the Silk Road

The New Silk Road, or Silk Belt and Road, is an array of trade and cultural networks along ancient routes which remain central to economic interaction world-wide. Massive trade throughout regions of the Asian continent connecting the West and East by linking traders, merchants, pilgrims, monks, soldiers, nomads, and urban dwellers from China and India to the Mediterranean Sea during various periods of time.

Impressively, the New Silk Road extends 4,000 miles (6,437 kilometers). Historically, the Silk Road derived its name from the lucrative trade in Chinese silk carried out along its length, beginning during the Han Dynasty (206 BC – 220 AD) following the establishment by Alexander the Great of a system of Hellenistic kingdoms (323 BC - 63 BC) and trade networks extending from the Mediterranean to modern Afghanistan and Tajikistan on the borders of China. The Central Asian sections of the trade routes were expanded around 114 BC by the Han dynasty, largely through the missions and explorations of Chinese imperial envoy, Zhang Qian. The Chinese took great interest in the safety of their trade products and extended the Great Wall of China to ensure the protection of the trade route.

The land-based Silk Road is expected to start at Xi’an, the capital of Shaanxi province, located in northwest China, eventually heading southwest across Central Asia, the Middle East and Europe. 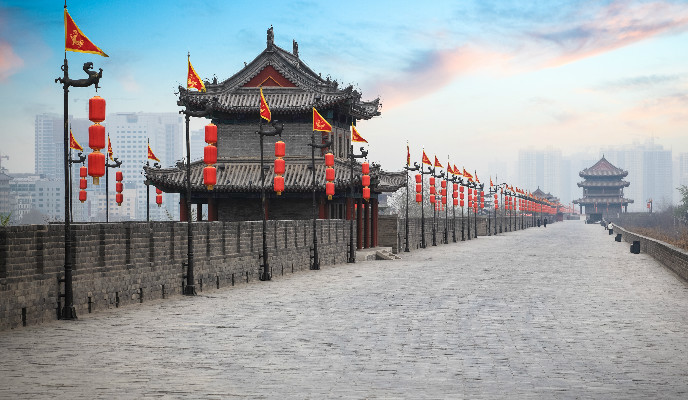 The Maritime Silk Road is planned to start near Guangdong on the South China Sea and move to the Malacca Strait and the Indian Ocean. From there it will traverse the Horn of Africa, heading into the Red Sea and Mediterranean. Both the land and maritime trade routes will end in Venice, a trading powerhouse in the times of medieval adventurer Marco Polo, when Europe sought to open up trade routes to Asia. 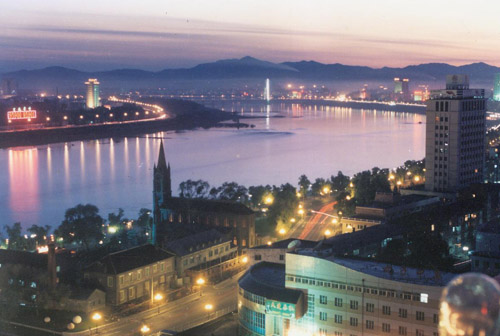 The Eurasian Land Bridge, sometimes called the New Silk Road, is the rail transport route for moving freight and passengers overland from Pacific seaports in the Russian Far East and China to seaports in Europe.

The route, a transcontinental railroad and rail land bridge, currently comprises the Trans-Siberian Railway, which runs through Russia and is sometimes called the Northern East-West Corridor, and the New Eurasian Land Bridge or Second Eurasian Continental Bridge, running through China and Kazakhstan. As of November 2007, about 1% of the $600 billion in goods shipped from Asia to Europe each year were delivered by inland transport routes.

Trade along the New Silk Road is enhanced with a committment from the Collective Security Treaty Organization (CSTO)! We have determined that urban warfare is the primary threat to our global business community. Therefore, the New Silk Road also features a Corridor-based economic roadmap which include high-speed rail connections throughout the world. A new network of railways supports economic and social development for the generations ahead. Moreover, the network of railways is increasingly modernizing by our Military Alliance Program (M.A.P.). Meanwhile, the Freetown-Timbuktu Corridor creates a unique foundation to combat the trending war on drugs and terror. Furthermore, reforestation of the Sahara Desert becomes a stabilizing focus for the long term.

The New Silk Road delivers an advanced global network for greater trade and social development. Aggressively, China is investing to increase business-related travel and R & D capitalization from major economic corridors. Increasingly, India responds favorably to economic expansion along the New Silk Road. Critically, trade is increased with Pakistan, Myanmar and beyond to the Mediterranean Sea. Furthermore, China has created over 20,000 centers for training "connectivity professionals" who continue to bridge the social gaps for cohesion along the Silk Belt and Road.