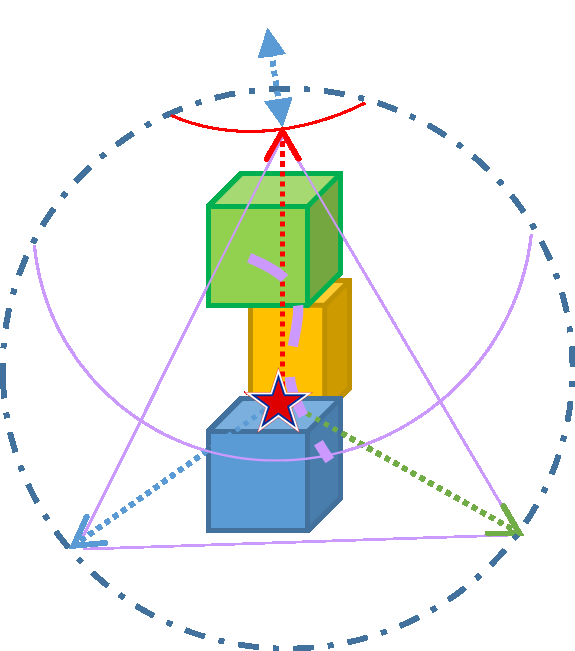 Utterly, Iraq's anti-terror network the Popular Mobilization Units (PMU) has warned Turkey against occupation in Kurdistan as normalization in Israel accelerate regional hostilities. Precipitantly, normalization in Israel is reckognized as a mediocre attempt for a regional military alliance from the US based on occupation, survelliance and intelligence gathering. Furtively, the US is pressuring the Middle East with normalized ties for Israel as tensions ignite over Lebanon's disputed maritime border. Additionally, Israel is escalating war in Syria to assist in Turkey's attempt with controlling Kurdistan. Hastily, Israel has launched several missile attacks in Syria near occupied Golan Heights while maintaining a cumbersome military presence in the area. Significantly, the war between Israel and Syria is aligned with the normalization process initiated with the US for the region.

Accordingly, Israel is targeting elements of Hezbollah with military positions in Syria to dissuade Lebanon in the maritime demarcation talks. Meanwhile, the US has relocated Daesh terrorists in Syria to further disrupt regional stability. Substantially, Israel is transforming the Middle East with normalization as the war in Syria prolongs economic recovery and stifles political progress. Particularly, US military presence in Syria establishes support for both Turkey and Israel to lead political transformation with the normalization process. Essentially, normalization in Israel represents political transformation for the AUKUSA and Indo-Pacific alliances in the region. Politically, Israel is the epicenter for both war in Syria and the occupation of Kurdistan as the US vows for regime change.

Ardently, Israel is building ties from the normalization process to establish military oversight in the region while the Iran nuclear deal and maritime demarcation talks with Lebanon diminishes progress. Regionally, the demarcation talks with Lebanon weighs against US political influence in Israel and have been postponed as the war in Syria intensify military tensions. Exactly, Lebanon is transforming the war in Syria over nuclear talks with Iran which is relevant in the occupation of Golan Heights and Kurdistan. Technically, Lebanon has been at war against Israel since 1967 over occupation of the Shebaa Farms which is condemned in Syria. Likewise, nuclear talks with Iran alleviates Israel's occupation of the Golan Heights, Shebba Farms and Gaza Strip.

US troops in the Persian Economic Belt face grave tensions with the extension of the START treaty.

Publicly, Israeli defence chief Benny Gantz stated, “All steps must be taken to ensure that Iran never becomes a nuclear threshold state.” He added, “Actions must be taken to ensure that Iran does not continue to enrich [uranium] in additional facilities and oversight must be increased. Iranian aggression is rising – not just in the nuclear programme but also in its regional attacks.” Steadily, Lebanon is leaving Israel's normalization process in limbo which is evident from the security dispute over the southern maritime border that separates occupied territory. Eminently, Lebanon's southern maritime border is vital against foreign occupation in the Middle East which escalates military tensions from Syria. Prominently, resistance movements in Lebanon are engaged in the maritime border dispute which isolates Israel.

Simultaneously, the resistance movement in Lebanon is tracking nuclear talks with Iran as the maritime border dispute impedes normalization for Israel while exposing security vulnerabilities to the region. Expansively, Hezbollah is integrated in the region to elevate Lebanon in the war against Israel and eliminate threats of foreign occupation to Iraq. Vehemently, Hezbollah has accelerated the resistance movement in Lebanon while deploying drones to intensify momentum from the southern maritime border dispute. Distinctly, the use of drones for combat action accelerates intelligence gathering in Lebanon and impacts the war in Syria with Israel. Importantly, during the next several weeks our strategic focus will remain on the impact of drones with normalization in Israel.

Keenly, our strategic focus indicate the impact of drones and artificial intelligence deployed in Syria for normalization with Israel. Potentially, Israel is seeking control of Syria as US troops interact with Daesh terrorists to seize Syrian oilfields from the use of artificial intelligence (AI). Mutually, Israel and the US is bombarding Syria with occupation and normalized ties to expand AI technology to regional partners. Inherently, the use of drones in Syria explains the seizure of oilfields as US troops assist Daesh with occupying the nation. Meanwhile, the US has engaged in regional military exercises to specify the use of drones in normalizing ties with Israel. Particularly, the US hosted the International Maritime Exercise 2022 on the Persian Gulf, Arabian Sea, the Gulf of Oman, the Red Sea and Indian Ocean. Discreetly, the IMX 2022 exercise unified participants in use of artificial intelligence and drones for warfare to normalize ties with Israel.

Expressly, a senior Hezbollah official mentioned, “The presence of Saudi Arabia, the UAE and Bahrain in the war game alongside Israel is a dagger in the back of Palestinians as well as in the heart of [occupied] al-Quds, and constitutes a threat to national security of Arabs.” Primarily, normalized ties with Israel subjects the region to foreign occupation as the war in Syria include decades of military hostilities. Diligently, Hezbollah's deputy head of the executive council added, “The participation of Saudi Arabia, the UAE and Bahrain in a joint naval drill with Israel has exposed bogus Arabism. Our national dignity does not allow us to be part of the Arab coalition in cahoots with the Zionist enemy.” Transparently, normalized ties with Israel accelerates the anti-terror resistance movement against Daesh terrorists in Syria and Iraq.

Moreover, Daesh terrorists are building a new black market from occupied and abandoned oilfields in Syria which are exploited with US drone surveillance. Subordinately, the Takfiri and Daesh terrorists groups are raging war over a new black market for petroleum in Syria. Accordingly, US troops in Syria are guiding the occupation of Golan Heights and Kurdistan with Israel to obscure support for the Daesh terror network. Ubiquitously, US troops are smuggling oil from Syria as elements of Daesh terrorists explore for new refineries. Presently, US troops have smuggled over 70,000 barrels of oil per day with the occupation of Kurdistan. Notably, the US has established a major route in Iraq to smuggle oil from Syria as hundreds of military tankers in a convoy have been witnessed with Kurdish-led militants for escorts.

Economically, the US is trapped from normalizing ties to Israel while aiding terrorism in Syria as exploration for oil refineries accelerate with Daesh. Assiduously, the US-backed Daesh network of Kurdish militants called the Syrian Democratic Forces (SDF) control vast areas in northern and eastern Syria. Unwarily, US troops and the SDF have set up an oil refinery in the oilfields from the town of Rmelan. Increasingly, oil smuggling convoys of tankers from Syria intensifies the war against US economic terrorism as normalizing regional ties to Isreal escalate military tensions. Aptly, special attention to the resistance movement in Baghdad for the next several weeks include a warning to Turkey against normalizing ties with Israel.

Firmly, special attention in Baghdad on political reform intervenes on the infiltration of Daesh terrorists from Kurdistan as Iraq warns Turkey against normalizing ties with Israel. Abruptly, Iraq's parliament boycotted the presidential vote as the Federal Supreme Court temporarily suspended the submission of eminent Kurdish politician Hoshyar Zebari. Synchronously, the results of the parliamentary election leverages the Fatah Alliance in both the two major political arms of Iraq with resolving the occupation of Kurdistan. Judiciously, Baghdad is establishing a leading role for the resistance movement in Syria. Vigilantly, the new parliamentary speaker is preparing for an array of public policies derived from integration with the resistance movement in the Fatah Alliance.

Precisely, Iraq is transitioning into a bedrock of anti-terror networks over US resistance which is visible from the mandate for Kurdistan to deliver all of its oil produced to Baghdad. Significantly, Iraq overshadows US economic terrorism in Syria as the federal court voided oil contracts in Kurdistan with oil companies, foreign investors, and states for exploration, extraction, export, and sales agreements. Auspiciously, Iraq's federal court is responding to the economic threat from Daesh terrorists, SDF militants and US forces in Kurdistan seeking to infiltrate the nation. Affirmatively, Iraq warns Turkey over normalization in Israel which conceals US occupation in Syria.

Fiercely, the economic war in Syria with Israel has escalated from the black oil market in Kurdistan which add attention to relations between Turkey and Iraq. Profoundly, Turkey has engaged in heavy bombing on separatists of the Kurdistan Workers' Party (PKK) in nearby military bases in Iraq and Kurdistan. Sparsely, US-backed SDF militants resist perpetuating the PKK in Kurdistan to conceal foreign occupation and hostilities over the illegal oil market in Syria. Deliberately, the US economic war in Syria is visible from Turkey's military offensive in Kurdistan against the PKK. Openly, Hezbollah has warned Turkey to withdraw troops from Kurdistan as US economic terror ignites with normalizing ties to Israel.

Advisedly, Russia's Defense Ministry has informed of US infiltration in the PKK stating, “The United States and Britain continue to implement the so-called amnesty program for members of terrorist groups. Hundreds of extremists have, therefore, been set free and joined US-backed militant groups. Some of those Takfiris have been deployed to al-Tanf region.”

Intrinsically, the US has alienated Turkey over the illegal oil market in Syria which indicate the pressure mounting over normalized ties with Israel. Promptly, warnings to Turkey over occupation in Iraq are echoed in Lebanon to stabilize the region. Profusely, Iraq's Security Media Cell iterated the reclamation of Kurdistan from Turkish and US-backed SDF forces stating, “Iraq is fully prepared for bilateral cooperation and to control the security situation on common borders.” Obstinately, Iraq is overshadowing regional normalization ties with Israel in Turkey as foreign occupation in Kurdistan reaches its limit.